The Winter Snow story is a very fantastic story. This is a story about the first snowy day of Little Boy Peter. Peter enjoy their entire day with cold snow. Peter makes a snowman with the help of snowballs and plays with him. Peter spent their entire day full of happiness.

Today was the second day of winter’s break in Kevin’s school. Kevin was still sleeping soundly in his airplane-themed bedroom. Sleeping under the warm blanket in the freezing cold morning like today was really comfortable. The dim room felt serene with the quiet breathing of Kevin.

Mommy got up early in the morning to prepare breakfast for Kevin and Daddy. She was still in her pajamas with her messy hair tied in a bun when she was busily cooking in the kitchen.

An hour later, she came out with a plate of sandwiches and a carton of milk. Daddy went straight to the office for working after having his breakfast. When mommy didn’t see Kevin, she went up to his room and knocked on his door.

Mommy said to Kevin, “Hey! naughty boy Kevin. Kevin. It’s already 8 in the morning. Get up and have your breakfast.”

It took her twice of knocking on the door and calling him before Kevin finally awoke,

Kevin was still sleepy, but when he looked out of the window, he was finally wide awake.

Kevin delightedly exclaimed,  “wow, Snow. It is full of snow everywhere,” It had snowed all night yesterday.

He quickly brushed his teeth and rushed to the dining room to have his breakfast. He ate so fast that mommy asked him to slow down for fear that he would be choking.

Kevin as soon as he finished his breakfast and asked, “Mom, can I go out to play?”

Mom smiled and nodded mom while leaving the dining room, “Don’t forget to wear your jacket and snowsuit, okay?” Kevin was very happy. He wore his favorite blue jacket, blue jeans and topped them with a red snowsuit, and went out.

Luckily, it wasn’t snowing this morning. People went to work as usual. Snow removal employees were busy removing the snow from the path so that people could walk easily.

The snow was piled up high along the street. Kevin amused himself by walking on the snow back and forth while observing the footprints that he left behind. Sometimes he dragged his feet walking along the snow to make different tracks.

After feeling bored observing his footprints, Kevin took a stick that he found buried underneath the snow and started beating a tree by the side of the street. The tree was covered with snow from top to bottom. The moment he hit the tree, the tree started shaking, causing some snow to fall on top of Kevin’s head.

Kevin shivered and quickly dusted his head. Finding nothing else to do, Kevin then walked around. He saw a bunch of teenagers was playing snowball fights. Kevin wanted to join them too, but he was still too young to play snowball fight. Not wanting to feel upset, Kevin decided to build a snowman.

Kevin said, “Building a snowman should be easy. I will make one then.” He then started to roll up two big snowballs. The biggest one was used as the bottom part, while the smaller one was stacked on top of it to make the top body part. Kevin used flowers that he found nearby as the eyes, and two short sticks to make the smiling mouth of the snowman.

When Kevin was looking around, he saw a cute girl was making angels in the snow. He finally got the idea to make angels too. Kevin then lay on the snow, and with his arms outstretched, he moved his arms and legs repeatedly. Then he slowly got up and admired his creation. Kevin was very happy.

Now, Kevin wanted to try something new that was more exciting. He climbed up the big, high pile of snow nearby.

The moment he reached the top, he slid down in excitement. As it was fun, he kept repeating the same thing until he felt tired. Kevin thought that he had already had enough fun that day, so he wanted to go home. Besides, he was already hungry.

Now Kevin wanted to go home to enjoy his favorite spaghetti for lunch. Mom said that she was going to cook spaghetti for him. Before he went home, he made a snowball. He made sure that the snowball was firm enough to be taken home. He put the snowball inside his snowsuit’s pocket.

As soon as he went home, mom helped him to dry the snowsuit and remove his wet socks. Kevin told mommy how much fun he had that day, although he played by himself. Kevin said that the most exciting thing that he did was climb up the big pile of snow and slide all the way down. Therefore, he did it several times until he was satisfied.

Mommy smiled while helping him to change his wet clothes to the dry ones. Mommy then served a plate of spaghetti for Kevin to eat. Kevin ate a lot. After that, Kevin played with his toy in front of the fireplace.

No longer after, Kevin started to feel sleepy because he was too tired playing outside the house. Kevin then walked to his bedroom and changed into his pajamas. Before going to bed, he checked the snowball in his pocket. It’s gone! Kevin was very sad, but then he thought that he would just pack another snowball the next day.

When he was asleep, Kevin dreamt that the sun had melted all the snow. Luckily, when he woke up, the snow was still there. After breakfast, Kevin went out to play. He was no longer alone this time. He was with his friend playing happily.

Finally, The winter snow story ends. Thank you little kids for listening to the story. Hey, kids if you are a story lover then don’t forget to check out our Home Page. We write awesome bedtime stories for you. Stories make your night beautiful with full of dreams and happiness. 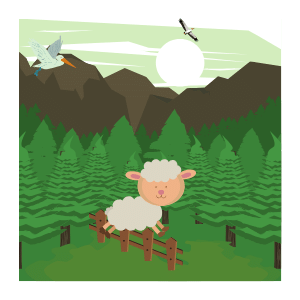 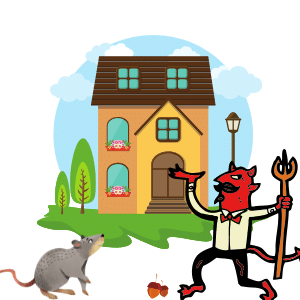 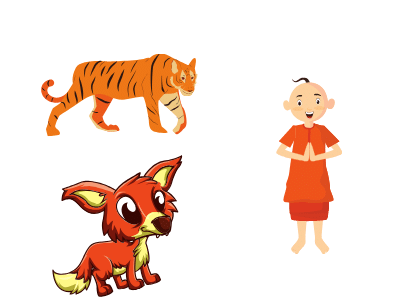