Aladdin, who had not rested a moment in his underground prison, spent the night in a deep sleep and did not rise until late. When he woke, he asked to eat.

“Alas,” said his mother, “I have not even a piece of bread to give you. But I have a little cotton thread leftover, which I will sell to buy bread and something for our dinner.”

“Save your cotton,” replied Aladdin, “and give me the lamp I brought yesterday. I’ll sell it instead. It will provide us with breakfast and lunch, and perhaps supper too.”

Aladdin’s mother fetched the lamp. As it was very dirty, she took some water and a little sand to clean it with, but hardly had she begun to rub it when a jinni, hideous and gigantic, appeared before her and roared: “What is your command? I am here to obey you as your slave, and the slave of all those who have the lamp, I and the other slaves of the lamp.”

Aladdin’s mother was in no state to reply. She fainted at the first sight of the jinni, but Aladdin did not wait to act. He seized the lamp, and, speaking for his mother, he said: “I am hungry. Fetch me something to eat!” The jinni returned in an instant bearing a large silver tray on his head, on which rested twelve silver dishes containing fine meats, six white loaves of bread, and two bottles of exquisite wine. In his hands, he held two silver cups. He laid everything down on the sofa and disappeared.

When Aladdin’s mother came to her senses, she was amazed at the feast laid before her. “Who have we to thank for this abundance?” she asked. “Could it be that the sultan has heard tell of our poverty, and has had mercy on us?” “Mother,” replied Aladdin, “let us eat.” During their meal, Aladdin’s mother never tired of admiring the tray and its dishes, though she could not be sure if they were made of silver or some other material. In truth, since she was unaware of their value, it was only their novelty that held her admiration, nor did her son know any better.

It was noon when they sat down to their meal, and they did not rise before evening. They decided that since the dishes were hot, they may as well combine breakfast, lunch, and dinner, all in a single sitting. When they had finished their extended meal, Aladdin told his mother about the jinni. “In all my years on earth,” she said, “I have never heard of anyone seeing one. How could this spirit have appeared to me, though he had appeared to you in the vault?”

“Your jinni,” said Aladdin, “is not the same as the one who appeared to me. They are alike in size, but their manner and dress are entirely different: indeed, they belong to different masters. If you remember, the one I saw called himself the slave of the ring I have on my finger, while yours said he was the slave of the lamp. But I do not believe you heard him: you fainted as soon as he began to speak.”

“Do you mean to say,” she said, “that your lamp is to blame for the jinni? Remove it from my sight I want nothing to do with it. I beg you to sell the ring too. It is forbidden to deal with the jinn: they are demons. Our prophet said so.” “After all the lamp has given us,” replied Aladdin, “I would not sell it just yet. My wicked uncle desired this lamp more than all the gold and silver which he knew to be in those rooms. He knew its power well enough to want nothing more from that vault. Since chance has made us aware of its virtues, let us use it, but discreetly, lest we attract the envy of our neighbors. As for the ring, allow me to keep it and have it always on my finger. Without it, you would not have seen me again. Who knows when some other danger might strike, and I would need its deliverance?” His mother could hardly object, and let him do as he pleased.

The following night after supper, nothing remained of the good food the jinni had brought. In the morning, before hunger could bite, Aladdin took one of the silver dishes under his cloak and went out to sell it. On the way, he met a Jewish merchant, to whom he showed the dish and asked if he wanted to buy it. The merchant, recognizing it as good silver, asked him how much it was worth. Aladdin, who had no idea, and who had never traded in such goods, simply said he was well aware of the dish’s value and would count on the man’s good faith. Put out by his ingenuity, the merchant took from his purse a gold coin which made up at most one seventy-second of the dish’s value and presented it to him. Aladdin seized the coin and ran away so quickly that the merchant, not content
with the profit, he had just made, cursed himself for not having realized that Aladdin knew nothing of the price of his dish and that he might have given him much less. He thought of running after the young man to try and win back some of his money, but Aladdin was racing and was already too far to reach.

They lived on the coin for a few days, and when the money ran out, Aladdin sold another dish to the merchant, until he had sold all twelve. The merchant, who had paid a gold coin for the first, did not dare offer less for the others, for fear of losing out on the bargain. When nothing remained of the silver dishes, Aladdin went for the tray, which alone weighed ten times more than any single dish. He wanted to take it to another merchant, but the weight of it stopped him and he was obliged once again to seek out the same merchant, who paid him ten gold coins.

While the ten gold coins lasted, they were spent on the needs of the household. Aladdin, who was used to an idle life, had renounced the company of other boys since his adventure with the magician. Now he spent his days walking or in conversation with people he met. Sometimes he stopped in the merchants’ shops, where he liked to listen in on the discussions, which over time gave him some understanding of the world. When nothing remained of the ten gold coins, Aladdin turned to the lamp, and the jinni brought them another feast. After the meal, there remained enough for them to live well for two more days.

When they were out of food and money, Aladdin took a silver dish and went to find the merchant to sell it to him. On his way, he passed the shop of an old silversmith who was known for his honesty. The silversmith spotted him and called him in. “My son,” he said, “I have seen you pass by many times, always carrying something as you are now, always going to meet the same merchant, and always returning empty-handed. No doubt you have been selling him your wares. But you are perhaps unaware that this merchant is a cheat, and that none of those who know him will trade with him. If you wished to show me what you are selling, I would faithfully pay you its full price.”

Aladdin pulled the dish from his cloak. The old man, who saw that it was made of fine silver, asked him if he had sold any other dishes to the merchant, and how much the merchant had paid for them. Aladdin confessed that he had sold twelve and that the merchant had only given him a gold coin apiece. “Ah, the thief!” cried the silversmith. “There is no use regretting it. But when you learn the value of your dish, you will see how the merchant has created you.”

The silversmith took the scales and weighed the dish, and told him that it was worth seventy-two gold coins, which he counted out for him at once. “This,” he said, “is the true price of your dish. If you do not believe me, you may ask any one of our silversmiths, and if he tells you it is worth more, I will double my payment.”

Aladdin thanked the silversmith warmly, and from then on went only to him when it came to selling the other dishes, for which he always received a fair price. Though the lamp provided Aladdin and his mother with inexhaustible funds, they lived as frugally as before and continued in this way for many years.

Aladdin, meanwhile, finished his education by visiting the shops of the finest merchants and joining in their conversations, and gradually took on all the manners of fashionable society. From the company of jewelers, he learned that the fruits he had picked in the orchard, which he had believed to be colored glass, were in fact immensely precious stones. By observing the sale and purchase of such stones in the shops, he learned something of their worth, and, as he saw none that compared to his own, neither in beauty nor in size, he understood that he was in possession of an incalculable fortune. He had the prudence to tell no one about it, not even his mother, and there is no doubt that
his silence was to thank for the great riches he was to acquire.

Read Next Part 5 The Sultan’s Daughter 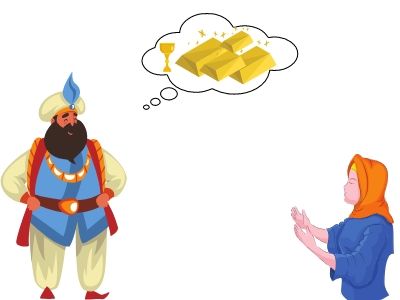 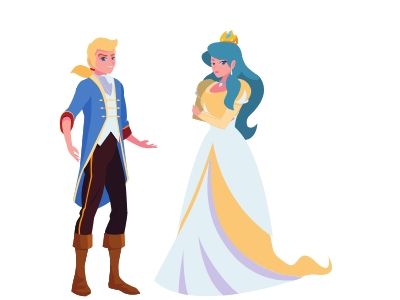 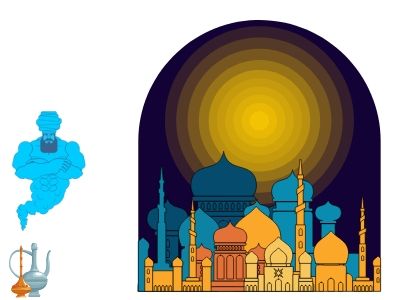 Part 9 A Palace Of Wonder 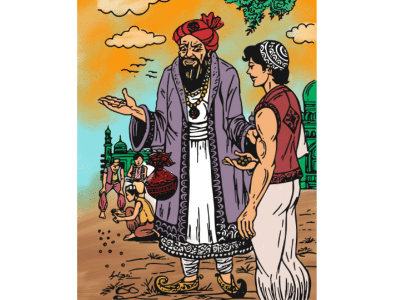