The Emperor’s New Groove Story is an awful bedtime story for little-aged kids. This is a story about one selfish emperor whose name is Kuzko. He decided to build himself a massive summer getaway culled Kuzcotopia. Read the full story To know more How the Pacha persuades the king to build the palace at a different place.

Once upon a time, there lived a selfish young emperor named Kuzco. He decided to build himself a massive summer getaway culled Kuzcotopia. He’d have to destroy a small peasant village to make space for it, but he didn’t care. He was the emperor, after all.

Pacha, one of the villagers, was summoned to the palace and told of Emperor Kuzco’s plans. He was terribly upset. “What will I tell the village and my family?” he wondered.

Sadly, Pacha loaded his cart and started for home. When he got there, he noticed a strange sack on his cart. He opened it up and peeked inside. A llama peered out. “Where’d you come from, little guy?” Pacha asked. “No touchy!” the llama cried.

The peasant jumped back. The llama was talking to him! “Aaaaah!” Pacha yelled. Then he realized that the llama’s voice sounded familiar. It was Emperor Kuzco!

“What happened?” Pacha asked, pointing to the emperor’s new hooves.

Kuzco looked down and screamed in horror. “It can’t be!” he said in disbelief. He ran to the water trough and looked at his reflection. He had turned into a llama! “My face!” he cried. “My beautiful, beautiful face!” He demanded that Pacha return him to the palace so that his adviser could make a potion that would turn him into a human again.

But the peasant refused. He was still upset about the emperor’s plan to destroy his village. “I can’t let you go back unless you change your mind and build your summer house somewhere else,” Pacha said.

“Then I guess I can’t rake you back,” Pucha replied. guess

The stubborn llama strutted off toward the jungle.

Pacha knew it wasn’t safe. “It’s a little dangerous if you don’t know the way,” he said.

But Kuzco ignored him. Before long, he accidentally awakened a pack of sleeping jaguars. “Aaah!” he yelled. The jaguars chased Kuzco to the edge of a cliff. He had two choices: jump or be eaten.

Lucky for him, the kindhearted Pacha had followed Kuzco into the dense jungle, knowing the emperor would never survive on his own.

Just when it looked like all hope was lost, Pacha swung in on a vine and grabbed the emperor. Then-bam!-they slammed into a tree and got stuck on a branch with the vine wrapped around them.

That was only the beginning of their troubles.

Craaaack! The branch soon broke under Pacha and Kuzco’s weight. They bounced down the mountain and into a rushing river.

“You call this a rescue?” Kuzco demanded.

“I don’t see you coming up with any better ideas,” Pacha retorted. They tumbled and bobbed in the fast-flowing water. “Uh-oh!” Pacha said suddenly.

They were coming to a waterfall-and they were still tied together. They sailed over the top of it and went flying into the mist. When they finally landed at the bottom, the vine that had been holding them to the log came apart. Pacha and Kuzco quickly floated to the surface, ut the llama’s eyes were closed. He was unconscious!

“Your highness” Pacha cried as he dragged Kuzco to shore. Fortunately, the emperor woke op.

That night, Pacha tried once more to convince Kuzco not to destroy his village. “I think if you really thought about it, you’d decide to build your home on a different hilltop,” he said.

“Why would I do that?” Kuzco asked.

“Deep down, I think you’ll realize that you’re forcing an entire village out of their homes just for you,” Pacha replied.

The emperor stared at the peasant. “And that’s bad?” he asked.

“Unless you change your mind, I’m not taking you back,” said Pacha. The next morning, the emperor said that he would not destroy Pacha’s village atter all.

The peasant was delighted He shook Kuzco’s hoof and began to lead him through the jungle They started across an old bridge. Suddenly some of the boards collapsed!

Pacha fell through a hole and got tangled in a rope. “Help!” Pacha shouted, but Kuzco did nothing to save him.

“I thought you were a changed man,” Pacha said. “I had to say something to get you to take me back to the city,” Kuzco replied. “It was all a lie.”

As the llama walked off, however, the boards beneath him broke. He fell through the bridge and also got tangled in the rope.

Kuzco and Pacha dangled over the canyon. Pacha was furious that Kuzco had lied to him. And the llama was sick of Pacha. Soon they got into u punching and kicking brawl.

Craack! The bridge suddenly broke in half and the ropes snapped. Kuzco and Pacha fell toward the water but ended up wedged together in a tight crevice. As alligators circled below, Pacha showed Kurco how they could work together to inch their way up the gorge, buck-to-back. But then, as P’acho reached for the dangling rope that would save them, the llama began to slip.

“Kuzco!” cried Pacha. He grabbed the llama by the tail. Somehow, in a frantic scramble, the llama and the peasant reached the top of the cliff. But in the blink of an eye, the rocky ledge began to crumble beneath their feet. Just in time, Kuzco. pulled Pacha onto safer ground.

Pacha stared at the llama in disbelief. “You just saved my life,” he said. “There is some good in you, after all.”

“It was a one-time thing,” Kuzco replied.

Pacha decided to take Kuzco back to the palace. Even though he’d been lied to, he’d given the emperor his word. The rest of the journey would take four days.

“Well, four days is a long time,” the peasant replied.

On the way, Pacha and Kuzco stopped at a restaurant. Pacha overheard two of the other people who were there. They were the emperor’s advisers. They had turned him into a llama by mistake-they had actually been trying to kill him.

When Pacha told Kuzco, the emperor didn’t believe him and got very angry. He told Pacha to leave. The peasant began to go home, but Kuzco soon realized Pacha was right. He caught up to Pacha and apologized.

From that point on, Pacha and Kuzco were a team. They raced to the palace and, working together, they tricked the evil advisers and found an antidote to turn Kuzco back into a person.

Even better, Kuzco realized that he did have some good in him. He decided to build Kuzcotopia in a different location so that he wouldn’t have to destroy Pacha’s village. It had been a long trip to the palace, but somewhere along the way. had found a new groove the emperor and changed for the better.

The Emperor’s New Groove Story: The Return to the Palace Conclusion

I hope your children like The Emperor’s New Groove Story: The Return to the Palace Story. This is a very awesome bedtime story for kids. If you want to tell more stories to your kids then check our Website, Home Page. We write the best bedtime stories for your kids. 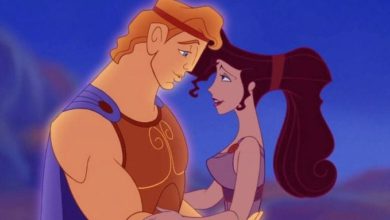