Mulan is a very popular and very interesting Disney Princess bedtime story. This story about one strong and beautiful girl Mulan. Mulan takes part in one Huge China War. She won a huge war with her Chinese army. Read the full story to know more How she trains hard to become a part of army women.

Long ago, and far beyond the Great Wall of China, a young long woman named Fa Mulan lived with her family.

One day, the Emperor’s aide rode into town. “The Huns have invaded China!” He announced. “One man from every family must serve in the Imperial Army.”

Mulan’s father felt it was his duty to join the army even though he had been injured in earlier battles. That night, he began to practice some fighting moves, unaware that Mulan was watching. Suddenly, pain from an old wound shot through his leg, and he collapsed on the floor.

Mulan knew that her father would not be able to survive another battle, so she decided to disguise herself as a man and take his place. She cut her hair, put on the soldier’s clothing, and left in the middle of the night on her horse, Khan.

But Mulan was not alone. The spirits of her ancestors sent Mushu, a tiny dragon, along to protect her.

Mushu caught up with Mulan and soon they arrived at the army camp. Mushu whispered suggestions about how to look more like a man. “Show them your man walk,” he said.

“Shoulders back, chest high, feet apart, head up, and strut.”

“I don’t think I can do this,” whispered Mulan.

“It’s all attitude,” Mushu told her.

Mulan took a deep breath, gathered her courage, and strode into camp.

She looked ridiculous, but she did her best. When she tried to make friends with the other soldiers, Chien-Po, You, and Ling, she ended up causing a fight.

The camp was in total chaos when Captain Shang arrived.

Everyone sprang to attention and pointed at Mulan. “He started it!” They said in unison.

“I don’t need anyone causing trouble in my camp,” Shang said to Mulan.

“Sorry,” Mulan said. Then she remembered she was supposed to be a man and lowered her voice. “I, uh, mean, sorry.”

” My name is …uh… Ping, “Mulun told him. She handed him her army papers and frowned. She was not off to a good start.

Captain Shang was a skillful leader, and though Mulan felt clumsy and inadequate, she worked as hard as she could. She didn’t want anyone to find out she was a girl.

Shang led the recruits through a series of grueling training exercises to help them prepare for battle. One of the lessons involved retrieving an arrow from the top of a pole with a heavy bronze disk tied to each wrist.

“One represents discipline, the other strength,” Shang said of the disks. “You need both to reach the arrow.”

No one was able to do it. Finally, after several attempts, Mulan had an idea. She pulled the weights onto her wrists, looped them together, and used them to hoist herself to the top. She had done it!

All the soldiers admired Mulan’s determination. And even her new friends, Chien – Po. Ling, and Yao, still did not know that she was not a man.

After much training, Shang led the soldiers to the Tung – Shao pass to meet the rest of the army. When they arrived, they discovered that the army had been defeated – and none of the soldiers had survived. Shung was especially upset when he realized that his father, the General, had been killed.

Shang composed himself and turned to his soldiers.” The Huns are moving quickly. We’re the only hope for the Emperor now. Move out! “He ordered.

Before long, the Huns discovered Shang and his troops. Hundreds of them raced over the mountaintop, firing arrows at Shang’s small band of soldiers. Mulan seized a cannon and ran right toward the Huns. When she had almost reached their leader, Shan – Yu, Mulan armed the cannon above his head. The rocker hit the mountain behind him and coursed a huge avalanche. Snow tumbled down quickly burying the enemy.

Mulan had been wounded, but she was still able to jump on her horse and pull Shang away from the snow just before he was buried.

As Chien – Po and the others helped them to safety, Shang looked at Mulan with admiration. “Ping, you are the craziest man I’ve ever met. For that, I owe you my life,” he said. “From now on you have my trust.”

But Mulan’s wound had to be treated. It was then the soldiers leamed that she was really a woman.

At that time in China, Mulan’s deception was punishable by death. Shang spared her. “A life for a life,” he declared. “My debt is repaid.” He told her she would not be allowed to continue on with the other soldiers.

Dejected, Mulan watched the troops march away, leaving her alone with Mushu and Khan. With a heavy heart, she confided in the dragon: “I should never have left home. I just wanted to do things right, so that when I looked in the mirror I would see someone worthwhile. But I was wrong. I see nothing. “

” You risked your life to help the people you love, “Mushu replied. “But don’t worry, things will work out.”

That quiet moment was shattered when Mulan realized that Shan – Yu and a few of the Huns had survived. Racing on horseback to the Imperial City, Mulan found Shang and told him what she had seen.

“You have to believe me,” said Mulan.

But Shang wouldn’t listen. Soon, the Huns seized the Emperor and ran into the palace, Mulan turned to her friends for help. Chien – Po, Ling, and Yao tried to break down the palace door. It was no use.

“Hey, I have an ideal” Mulan called. Eager for the help of their quick thinking friend, the soldiers let Mulan dress them as women. Then they used the sushes from their dresses to help them climb the palace columns Shang realized that Mulan was trustworthy and joined his effort. Once inside, they attacked the unsuspecting Huns.

Together, Mulan. Shang, and the others knocked out the Hun soldiers and rescued the Emperor. Then Shang went after Shan – Yu. Furious that the Emperor had escaped, the Hun leader drew his sword.

“You took away my victory,” Shan-Yu growled at Shang.

“No,” said Mulan. “I did.” She pulled back her hair so Shan – Yu would recognize her and Shang’s life would be spared.

“The soldier from the mountains. the Hun leader cried. He began to chase her.

Leading Shan – Yu to the top of the palace, Mulan grabbed his sword and pinned his clock to the roof. Mushu shot towards him on a rocket. The little drugon jumped to safety just before the rocker blasted Shan – Yu into a wwer of fireworks,

After the battle, the Emperor approached Mulan. “I have heard a great deal about you, Fa Mulan,” he said. “You stole your father’s armor, ran away from home, impersonated a soldier, deceived your commanding officer, dishonored the Chinese army, destroyed my palace, and … you have saved us all.”

Then, he bowed to Mulan in gratitude. Stunned, everyone else did the same. “See to it that this woman is made a member of my council,” the Emperor told his aide.

Mulan was honored but knew that she needed to return to her family.

Mulan thanked the Emperor and said good – bye to her friends. It was time to go home and face her father.

At home, Mulan presented the Emperor’s Pendant and Shan – Yu’s sword to her father. “They are gifts to honor the Fa family,” she explained and bowed her head.

He put them aside and hugged Mulan. “The greatest gift and honor is having you for a daughter,” he said.

Shang had followed Mulan home. He realized that his feelings for her had grown. She had been very courageous, and he admired her for it.

Mulan invited Shang to stay for dinner. He and her family celebrated, delighted everything had turned out so well. 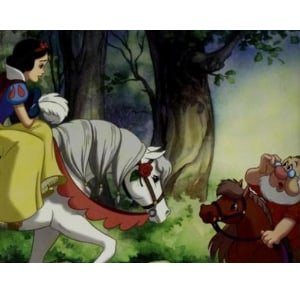 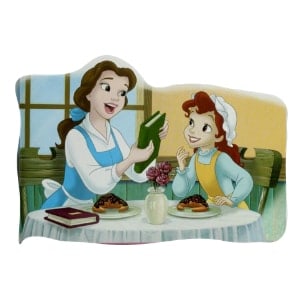 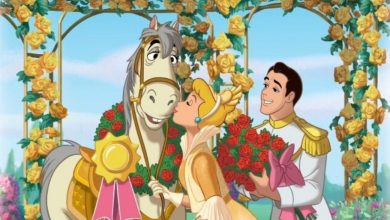 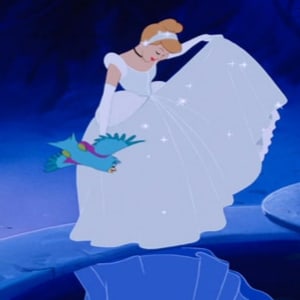