Mowgli’s Finds a Friend story is a very interesting Jungle Book story. This story is part of Disney Story. This story about Little Mowgli who finds a good Baloo named friend. Read the full story to know more, How Bagheera and Baloo take care of Mowgli in the Jungle.

One day, deep in the jungles of India, a strange sound echoed through the trees. Bagheera the panther heard the noise and ran along the riverbank. He followed it until he found a boat that had landed on the shore. Inside, a baby boy was crying.

When the baby saw the panther, he smiled. Bagheera decided to take the boy to a wolf family that lived nearby. The mother had just had a litter of pups and Bagheera thought she might be able to look after one more baby, when the mother wolf saw the boy, she agreed to take care of him. She named him Mowgli and for ten years she raised him us one of her own. Mowgli was a very happy man-cub. He spent his days running and playing with his wolf brothers and sisters.

One day, bad news drives in the jungle. Shere Khan the tiger had returned after a long absence. The tiger was mean and hated everything. More than anything though, Shere Khan hated Man.

This meant that it was no longer safe for Mowgli to live in the jungle. The wolves decided that he should go to a Man village at once.

Bagheera had kept watch over Mowgli through the years and volunteered to take him. The wolves accepted his offer. Later that night, the boy rode on the panther’s back as they made their way through the jungle. Mowgli soon grew tired.

“Shouldn’t we start back home,” he asked sleepily. Bagheera shook his head. “We’re not going back,” the panther said. “I’m taking you to the Man village.”

But Mowgli did not want to leave the jungle. It was his home. “I don’t want to go to the Man village!” He shouted. Then he added, “I can take care of myself.”

“You wouldn’t last one day,” Bagheera said. Then he led Mowgli up a tree where they would sleep for the night. The next morning, Bagheera was ready to continue to the village. Mowgli grabbed onto a nearby tree trunk. “I’m staying right here,” he declared.

The panther tried to pull him away, but Mowgli held on tight. Finally, Bagheera pulled so hard that he lost his grip and went flying into a large pond

“That does it!” Cried the panther. “From now on, you’re on your own.” Then Bagheera walked off into the jungle and disappeared.

Mowgli headed in the opposite direction. “I can take care of myself,” he said aloud. Sometime later, he sat down in the shade. As he rested, he began to worry that maybe he couldn’t take care of himself.

Just then, a bear named Baloo walked out of the jungle and spotted him. A man-cub in the jungle was an unusual sight, so the friendly bear walked over to sniff him. Mowgli reached out and slapped Baloo right on the nose.

“Ouch!” The hear cried. “I’m just trying to be friendly!” “Go away and leave me alone,” Mowgli said with a scowl. But Baloo did not listen. He sat down next to the Man cub and patted him on the back. “That’s pretty big talk, Little Britches,” the bear said. He then decided that Mowgli needed to have some fun. Baloo jumped up and started bobbing and weaving like a boxer. “Hey, kid. Baloo’s gonna learn you to fight like a hearing.

The bear’s silly behavior made Mowgli laugh and soon he was dancing around and boxing just like Baloo. When they finished, Mowgli jumped upon his new friend’s stomach and tickled him. “You’re all right, kid,” Baloo said gently.

Just then, Bagheera walked over to them. He had returned to make sure Mowgli was okay. The panther told Baloo that he thought Mowgli should go to the Man village so he’d be safe from Shere Khan.

Baloo didn’t want his little buddy to go to a Man – village. “They’ll ruin him. They’ll make a man out of him,” the bear said. Bagheera sighed. He knew Mowgli would never leave now that he had made friends with Baloo. The panther watched as the pair jumped into the river and floated lazily away.

Suddenly, a group of monkeys grabbed Mowgli! They began to toss him back and forth, “Give me back my Man cub!” Shouted Baloo. The monkeys ignored the bear and carried Mowgli away. Baloo found Bagheera and the two followed the monkeys deep into the jungle.

The monkeys took Mowgli to their leader, King Louie, who lived amid ancient ruins. The monkey king wanted to make a deal. If the Man cub taught him how to make fire, then Louie would help him stay in the jungle.

“But I don’t know how to make fire,” said Mowgli. King Louie didn’t believe him. He danced around, trying to convince the man-cub to tell him the secret of Man’s fire. When Bagheera and Baloo arrived at the ruins, they saw Mowgli dancing with the monkeys.

Bagheera told Baloo to distract the king. The bear knew exactly what to do. He dressed up as a big female monkey and batted his eyelashes at King Louie. Just as Bagheera was about to rescue Mowgli, Baloo’s disguise fell off. The monkeys chased the three friends all over the ruins. Then Louie ran into a column and the ruins began to fall down. Mowgli. Baloo and Bagheera hurried away

Later, as Mowgli lay sleeping, Bagheera tried to make Bala see that the Man-cub wasn’t safe in the jungle especially with Shere Khan around. Baloo knew the panther was right. The next morning, Baloo and the Man-cub began walking “Where are we going?” Mowgli asked after a while.

Baloo gulped. “Ah, look, little buddy… I need to take it to the Man village. It’s where you belong,” he stammered. “But you said we were partners!” Mowgli yelled. “You said I could stay with you!” The Man-cub raced away. Sadly, he sat down on a log as a light rain began to fall. All of a sudden, Shere Khan appeared! “You don’t scare me,” Mowgli said. He picked up a heavy branch and prepared to fight the tiger.

Shere Khan snarled and lunged at Mowgli. Just as Shere Khan was about to land on the Man – cub, he crashed to the ground. Baloo had arrived and grabbed onto the Tiger’s tail! “Run. Mowgli, run!” The bear cried.

While Baloo struggled to keep the tiger away from Mowgli, lightning struck nearby, causing a fire. The Man-cub picked up a burning branch and tied it to Shere Khan’s tail. When the mighty tiger saw the fire, he let out a terrifying roar and ran for his life. Mowgli had defeated Shere Khan! But not everyone had escaped unharmed. Baloo was lying on the ground and he wasn’t moving “Baloe, get up,” Mowgli begged. Bur Balao didn’t respond. Bagheera walked into the clearing. Seeing the bear lying on the ground, he started to comfort Mowgli.

Suddenly, the panther was interrupted by a familiar voice. “I’m all right, Little Britches!” Cried Baloo. “I was just taking five, you know, playing it cool.” “Baloo, you’re alive!” Mowgli exclaimed, throwing his arms around his friend. After Baloo the three friends left the clearing and made their way back into the jungle. Suddenly.

Mowgli heard someone singing. “I want to take a closer look,” he told Baloo and Bagheera. Climbing up a tree, he saw a girl. When she noticed him, she giggled. Mowgli turned to his friends and shrugged his shoulders. got up:

Baloo and Bagheera watched as he began to follow her into the Man village. “Mowgli, come back!” Baloo cried. “Let him go,” said Bagheera.

Baloo sighed. He knew it was the right thing to do. His little friend had a new home. “I still think he would have made a great bear,” Baloo said. Then, he put his arm around Bagheera and the two-headed back into the jungle, happy that their friend was going to the place where he belonged.

I hope your toddler very much loves this Mowgli Finds a Friend story. Really, this is a very interesting bedtime story for kids. If your children want to read more bedtime stories then check out now our website Home Page. We write different types of bedtime stories for your kids. 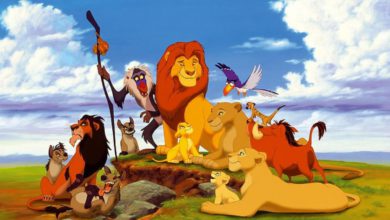