Jesus Christmas Party story is a very interesting children’s story for little kids. This is a story about the time after Jesus Birth when Shepherds, kings, and more people Come to see.

Jesus’ Christmas story is based on one character who is the innkeeper of one Inn. The miserable innkeeper cannot provide many facilities due to his poverty so people often complain to him. Once in his Inn, Joseph and Mary arrive at his bedtime with a baby. The innkeeper gives them a room to sleep. Read the full story to know more How the sad innkeeper is very happy when he sees Jesus.

Jesus Christmas in one Inn

A long, long time ago lived an innkeeper. He owned an inn, a three-story one to be exact. The inn wasn’t luxurious as it only provided a bed and breakfast. The innkeeper was a middle-aged man with a quite good temper because he rarely got angry. But once he did, nobody dared to even say a single word in front of him. He employed several workers to help him run the inn. As his inn was the only one in Bethlehem, there were always lots of guests staying in his inn.

Because of the especially tiring day, the innkeeper had almost lost his patience. But luckily he could suppress it by having a nice meal for dinner. After cleaning up and having his dinner, he climbed the stairs, wore his pajamas, pulled his blanket, turned off his lamp, and slept. Sleeping was one of the innkeeper’s most favorite things to do.

But before he really fell asleep, suddenly he heard someone knock on the door of his inn. He was actually too lazy to open the door, but all the workers had gone home. So, he took an oil lamp, went downstairs, and opened the door. Standing in front of him were a young man and woman.

The innkeeper said, “No room”

The man who looked pitiful said, “But, we are tired after traveling for days.”

The innkeeper said, “Okay, the stable round the back. Sign the register and here are two blankets for you,” They signed their names, “Mary and Joseph.”

Finished with the business, the innkeeper went upstairs to continue with his sleep. But before long, there was another knock at the door. The innkeeper went downstairs again, rather impatiently this time. When he opened the door, there was Joseph standing and smiling at him.

The innkeeper said, “What else?”

Joseph asked, “Excuse me. Do you mind lending us a smaller blanket?”

The innkeeper quickly gave him one and rushed upstairs to continue with his sleep. Suddenly, a very bright light shone upon the inn and woke him up. He was a bit irritated. He quickly drew the curtains to make the room dimmer and continued sleeping.

After a while, there was again another knock at the door. The innkeeper rushed downstairs, opened the door, only to see three shepherds standing in front of him.

”We are three shepherds….” Before they finished introducing themselves, the innkeeper cut them short,

The Innkeeper said, “What is it? Lost your sheep?”

“No, we come to see Mary and Joseph.”

The innkeeper answered before closing the door and going upstairs to sleep, “In a stable round the back!”

The innkeeper was really annoyed, “hmm… How come there are so many guests in the middle of the night today? They have interrupted my good night’s sleep.”

Then after quite some time, there was another knock at the door. The innkeeper’s patience was running lower and lower. He went downstairs, opened the door, and saw three kings in front of him,

They ask, “We are three kings…”

Before they finished the sentence, the innkeeper shouted, “I can see your crowns. So what is it?” “Mary and…”

“ROUND THE BACK!” and slammed the door shut.

He went upstairs again to continue his sleep. This time, what interrupted his good night’s sleep wasn’t a knock at the door, but a chorus of singing.  He was really fed up this time. His anger had reached its peak. He went downstairs, opened the door, and went around the back.

He stormed into the stable with his face red, full of anger. Furthermore, he wanted to speak. But before he could even say a word, everyone in the stable shushed him, “Shhhhhhhhh. Quiet down or you will wake the baby.”

The innkeeper was getting very angry as they now interrupted his sentence after interrupting his sleep again and again.

he went nearer to the stable and the moment he saw the newborn baby, all his anger suddenly flew away.

Now with a smile hanging on his lips The innkeeper said, “He was such a lovely baby.”

It was indeed a cute baby that made everyone that looked at him feel calm and peaceful.

Suddenly the innkeeper thought of letting all the guests in his inn see the baby so that they could feel joy, peace, and calm in their hearts.

The baby was so special that everyone shouldn’t miss the chance to see him. With this thought, the innkeeper went to each room of his inn and woke every guest inside.

The moment they saw the baby, all the anger and annoyed feeling flew away and in turn was happy and peaceful feelings. That night was truly special as a very special baby was born. Nobody got much sleep that night, yet they all felt peaceful and happy. 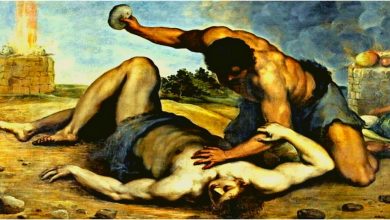 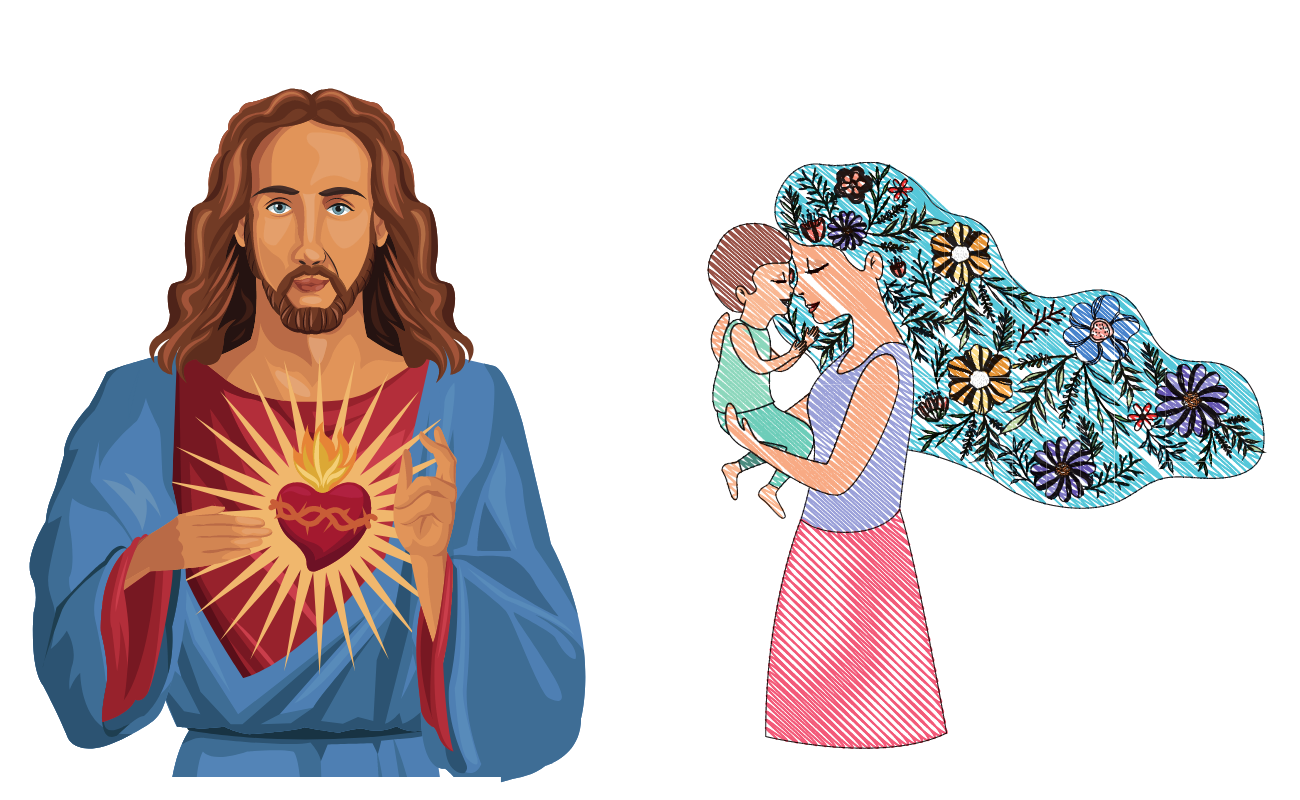 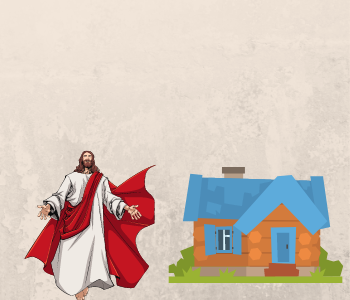 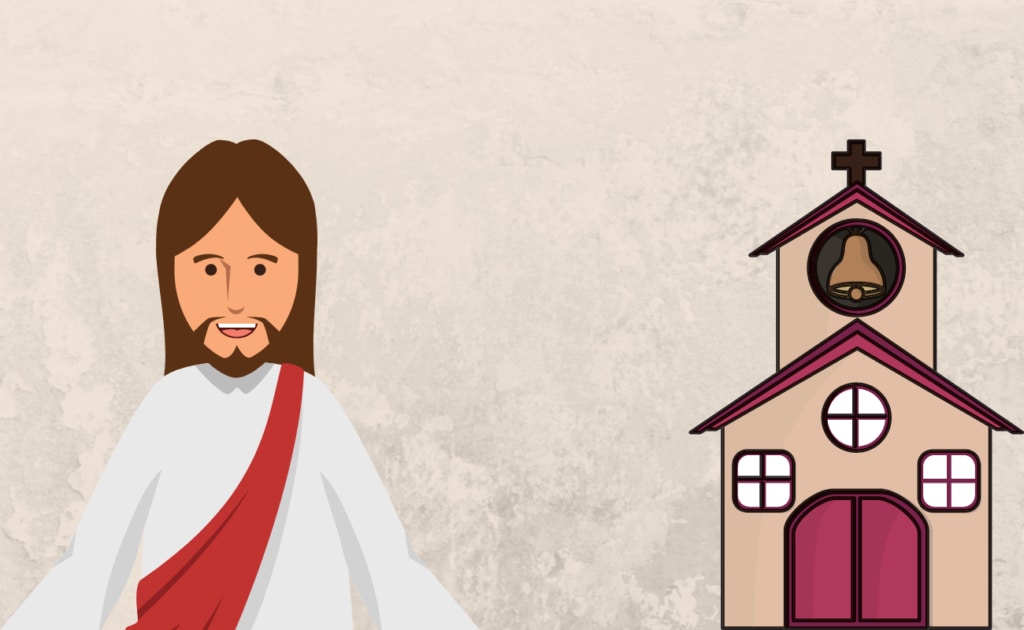