It was Bina who first got wind of what was happening. She happened to be passing the school kitchen where they cooked meals for the nuns and boarders. George, the school-bus driver, was lounging around talking to the cooks inside. Bina, who was looking for some botanical specimens in the backyard, stopped suddenly in her tracks. Waddling sedately towards her was a bevy of large, awkward-looking geese.

“Oh hello, Christopher Columbus, hi Marco Polo, hi Captain Cook, hello Amundsen,” she greeted them. The geese hurried towards her, their heads bobbing back and forth. The boarders had named the geese after famous explorers because they were constantly exploring the school grounds. Once they had wandered into Bina’s classroom, during a very boring civics class and had scared the daylights out of Miss K. The class had roared with laughter as Miss K. tried to chase the intruders out by flapping a large, checked, board duster.

As Bina patted them, she heard one of the cooks giggle and threaten George. “If you keep demanding more food, we’ll really fatten you up and have you for the Christmas feast like those geese outside.”

Bina’s heart sank. These sweet, lovable geese were actually being fattened for Christmas! It couldn’t be! The schoolgirls were much too fond of them. But what could they do anyway? Bina sought her friends Vinita, Valerie, and Nishi and told them what she had overheard.

Nishi exploded. “Nonsense! Not our Marco Polo and Amundsen, our poor Captain Cook, and Columbus no, no we won’t let them be killed and eaten.”

Valerie however was the thoughtful sort. “But how can we stop them? They have every right to do what they like with the geese. That’s done every Christmas. We have no right to make anybody do anything. After all, they aren’t even our geese!”

Vinita was close to tears. “But we’ve seen them around for weeks. School won’t be the same without those darlings waddling in and out of the classrooms. We can’t let them be killed!”

Bina had been quiet all this time, working out a plan. “I think we can do something about it,” she said finally. “In fact, there is something we can do to stop the geese from turning up on the school dining table for Christmas.”

Nishi muttered disbelievingly, “If you’re going to suggest to Mother Superior that we should have a heart-to-heart talk about it, count me out. I quake in my boots when I see her coming.”

“Besides,” said Valerie, “who are we for her to listen to? ”

“Listen to me,” Bina interrupted. “I have a real good idea. The more I think about it, the better it appears.”

“Out with it, Beans,” Vinita was impatient.

“We’ll kidnap them!” Bina exclaimed and sat back to watch her friends’ reaction.

“You mean it’ll work?” Vinita sounded doubtful. “Why not?”

Only Valerie said slowly, “It’s a possibility! We could keep them in my backyard. We have lots of space.”

The four sat together and thought. Gradually it struck the other three that Bina’s idea was workable. If they could but grab the four geese and smuggle them somewhere far away from school there would be no geese for the cooks to fatten and slaughter for the Christmas dinner.

The next few days, the four of them thought over and discussed plans in secret, till the rest of the class almost went crazy. They would huddle in a comer of the lawn or in the assembly hall or library. Whenever anybody wanted to find out what they were discussing, they would innocently say like Valerie once did to an inquisitive girl “Oh we are discussing the exploits of Marco Polo the traveler.”

“But we learned all about him in geography last year,” said the stubborn girl and went off, mumbling to herself.

D-day drew nearer. It was mid-December and getting very cold. The girls came to school clad in heavy blazers. The day before the plan was put into action the four friends met on the lawn.

“All set?” Bina looked around and blew on her hands for warmth. “Everybody sure about their parts?”

The next morning Bina went to school, wearing a large-sized blue overcoat. Mother Superior noticed her at once, even before morning assembly.

“What is this?” she asked Bina. “You know very well that you’re not supposed to wear any coat except your blazer to school.”

“Yes Mother,” Bina said innocently, “but on my way here the upstairs lady threw out some water which fell on me. I couldn’t come to school wearing a wet blazer.”

She was however dumbfounded when three other girls of the same class turned up wearing oversized coats.

She shook her head in disbelief as they in turn made some excuse for turning up in their mother’s coats.

“This is too much,” she shouted. “Four of you! Is this some kind of a practical joke?”

Nishi looked nervous. Bina patted her arm and said aloud, “What a coincidence. Four of us turning up like this! It’s funny, isn’t it?”

There was a pause and then Mother Superior smiled, “Go on, go to your class. But I hope coincidences like this do not happen too often.”

The girls fled to their classroom. The others stared at them in surprise. The moment classes were over for that day, the four friends charged out. Their natural science teacher already tottering rather unsteadily on stilettos was thrown off-balance and fell heavily against the tall human skeleton in the corner of the room, as the four ran past her. Their classmates squealed in sympathy.

Bina, Valerie, Nishi, and Vinita had already disappeared down the corridor, past the library and assembly hall, across the courtyard and towards the kitchen. The kitchen was deserted and there was nobody in sight either.

Just then, as if on cue, the four explorers walked out from behind a bush.

“Eee-Iowa,” howled Bina as she reached for Marco Polo and was left with a feather from his tail as he slipped away.

Valerie ran after Amundsen and Vinita after Captain Cook who was scurrying across the cabbage-patch.

Bina caught her prey and tossed him inside her overcoat. But he was larger than she had thought and he stuck out conspicuously on her left side as he struggled to free himself. Bina ignored him, and shouted instructions to the others, “Get him from over there, right there…. Oh no! he’s gone behind the bench…. you go from this side…. got him. . . .no? Oh, there he is…. quickly gets him… .great!” Nishi gripped Amundsen tightly, Christopher Columbus having fled towards Valerie who was chasing him round and round a cactus bush.

“That’s enough!” a sharp authoritarian voice lashed out. The girls looked up with instinctive dread. Mother Superior stood on top of the kitchen steps, tall and unapproachable. The cook, Mary, peeped out from behind her.

There was pin-drop silence for a few seconds. Then, as Valerie and Vinita whirled around, their prey fled cackling loudly to safer pastures.

Mother Superior looked sternly at them. “Now what’s all this in aid of?” she asked in a quiet icy voice. “Is this your idea of fun?” There was a deathly silence. From inside Bina’s coat, Marco Polo gave an indignant squawk. Bina retrieved him and dumped him unceremoniously on the ground where he shook back his ruffled feathers and trundled off. Nishi put Amundsen down and he too waddled off.

Mother Superior was tight-lipped. “Can I expect an explanation?”

The four of them exchanged glances. “We did not really mean it, Mother Superior…. We just thought it was very cruel. . . .And we’re so fond of them!”

“It’s not fair to eat them… we love them so much.”

“After all there are so many other animals in the whole world. Why eat these?”

Mother Superior raised one hand to silence them, “One of you explain. Not all of you together. …”

Bina explained. She had a soothing voice. By the time she finished, Mother Superior was quite relaxed and trying to hide a smile.

“Kidnap them!” she exclaimed. “Kidnap?”

Mary, who had been quiet all this time, suddenly roared with laughter.

“Oh! It is so funny,” she burst out. They all had an uproarious laugh. Finally Mother Superior said, patting the girls on their shoulders, “Whatever gave you girls the idea we were going to eat these fellows? Certainly not. We’re too fond of them. We won’t kill them for the sake of one meal. They’re your girls! Yours to play with and look after.”

“Thank you, Mother Superior,” four voices sang in the chorus. “It’s wonderful to know you never intended killing them in the first place.”

Read Next Story The Pink Card 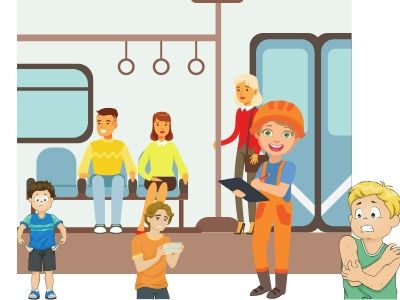 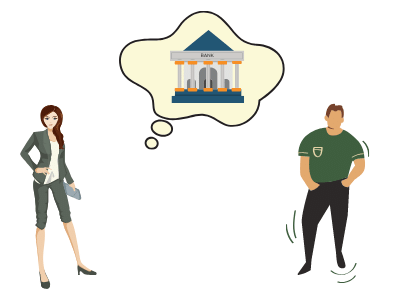 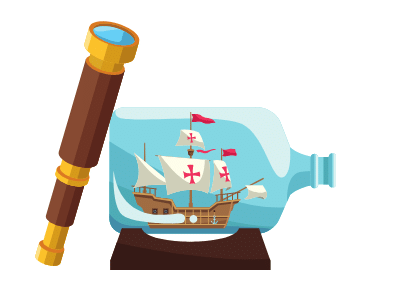 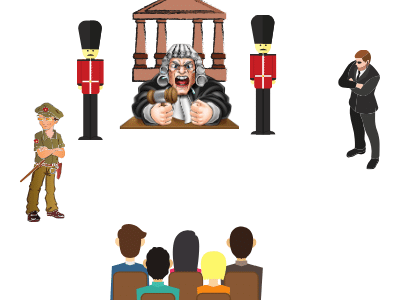