Welcome to part 2 of the story A Good Little Henry – The Crow, The Cock, And The Frog. If you have not read part-1 yet, I would like to request you to first read Part-1. After reading part-1 you can easily relate to both parts.

As we saw in Part-1 mother of A good little Henry fell sick. And Henry wants to save his Mother. So he asked the fairy to help him. The fairy told A good little Henry to bring medicine from the mountain. In this part, you will read what kind of difficulties Henry faced during reaching the mountain base. Again I would like to request you to read this full part to get a better understanding of the next parts.

Little Henry marched resolutely to the mountain which he found much more distant than it had appeared to him. Instead of arriving in a half-hour as he had expected, he walked rapidly the whole day without reaching its base.

About one-third of the way, he saw a Crow which was caught by the claw in a snare which some wicked boy had set for him. The poor Crow sought in vain to release himself from this trap that caused him cruel sufferings. Henry ran to him, cut the cord which bound him, and set him at liberty.

The poor Crow flew off rapidly, after having said to Henry, “Thanks, my brave Henry, I will see you again.” Henry was much surprised to hear the Crow speak but he did not relax his speed.

Some time afterward while he was resting in a grove and eating a morsel of bread, he saw a Cock followed by a fox and about to be taken by him in spite of his efforts to escape. The poor frightened Cock passed very near to Henry, who seized it adroitly and hid it under his coat without the fox having seen him. The fox continued his pursuit, supposing that the Cock was before him. Henry did not move till he was entirely out of sight. He then released the Cock, who said to him in a low voice: “Many thanks, my brave Henry, I will see you again.”

Henry was now rested. He rose and continued his journey. When he had advanced a considerable distance he saw a poor Frog about to be devoured by a serpent. The Frog trembled and, paralyzed by fear, could not move. The serpent advanced rapidly, its horrid mouth open.

Henry seized a large stone and threw it so adroitly that it entered the serpent’s throat the moment it was about to devour the Frog. The frightened Frog leaped to a distance and cried out, “Many thanks, brave Henry; we will meet again.”

Henry, who had before heard the Crow and the Cock speak, was not now astonished at these words of the Frog and continued to walk on rapidly. A short time after he arrived at the foot of the mountain but he was greatly distressed to see that a large and deep river ran at its foot, so wide that the other side could scarcely be seen. Greatly at a loss, he paused to reflect.

“Perhaps,” said he, hopefully, “I may find a bridge, or ford, or a boat.” Henry followed the course of the river which flowed entirely around the mountain but everywhere it was equally wide and deep and he saw neither bridge nor boat. Poor Henry seated himself on the bank of the river, weeping bitterly.

“Of what use will it be to me to know that there is a plant at the top of the mountain which will save the life of my poor mother if I can never reach its summit?”

At this moment the Cock whom he had protected from the fox appeared on the borders of the river and said to him: “The fairy Bienfaisante can do nothing for you. This mountain is beyond her control. But you have saved my life and I wish to prove my gratitude. Mount my back, Henry, and by the faith of a Cock I will take you safely to the other side.”

Henry did not hesitate. He sprang on the Cock’s back, fully expecting to fall into the water but his clothes were not even moist. The Cock received him so adroitly on his back that he felt as secure as if he had been on horseback. He held on firmly to the crest of the Cock who now commenced the passage. The river was so wide that he was flying constantly twenty-one days before he reached the other shore, but during these twenty-one days, Henry was not sleepy and felt neither hunger nor thirst. When they arrived, Henry thanked the Cock most politely, who graciously bristled his feathers and disappeared.

A moment after this Henry turned and to his astonishment, the river was no longer to be seen. “It was, without doubt, the genius of the mountain who wished to prevent my approach,” said Henry. “But, with the help of the good fairy Bienfaisante, I think I shall yet succeed in my mission.”

End of Part-2 The Crow, The Cock, And The Frog

I hoped you like The Crow, The Cock, And The Frog Part as much as the previous part. There are many more parts of this story that are yet to come. And Do not forget to follow us on social media. We will soon start giveaways on our social media. Also visit our homepage for more stories like fairy tales, classical tales, Disney story and many more. 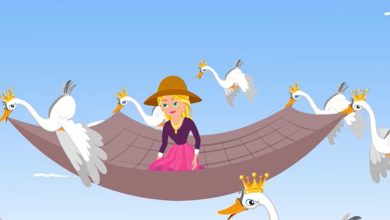 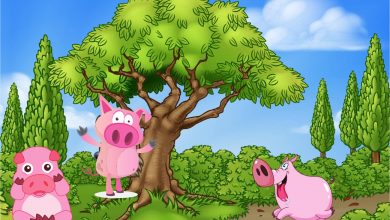 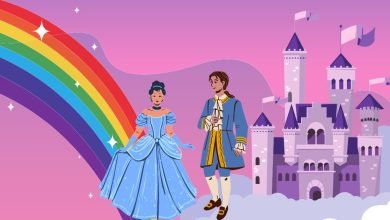