Ponni sat on the footpath in front of Berywood Girls Primary School. She sold knick-knacks for little girls. Besides pencils, rubbers, sharpeners, rulers, shoelaces, and ribbons, she had colorful sweets and pretty trinkets too. All these were spread out in front of her on a piece of gunny.

The school bell rang. Ponni watched the girls hasten into the school. One of them stopped in front of her.

“A pencil, quick, she said.

“Here,” Ponni picked up one and gave it to her.

She grabbed it and turned to cross the road.

“Hev, Ponni called out, “You haven’t paid me for it. Give me twenty-five paise.”

Sheela crossed the road and ran into the school.

That night, as Ponni lay on the ground beside her mother in their small hut, she said, “Amma,° I want to go to school, like Sheela.”

“Hush, child. I don’t have money to send you to school.’

The next day, as Ponni sat in her usual place under the shade of a peepul tree, an old man came towards her. He carried a small cane basket in one hand and a bird-cage in the other. Tucked under his arm was a folded mat. He spread the dusty old mat under the tree and sat down on it, putting the basket and the cage beside him.

“Scree… .ch, screech”, cried the pretty green parrot in the cage. The bell rang. The school was over. The children trooped out of the gate.

“What’re you looking at?” Sheela called out to Ponni as she came running out.

“At that old man, I wonder who he is?” said Ponni.

Sheela looked at him curiously, “I think he’s a fortune-teller. The parrot in the cage tells you what you’ll be when you grow up. How exciting! I must get some money from home tomorrow to hear my fortune. Bye!” Sheela hurried home.

That night, as her mother was making kanji, Ponni sat beside her and asked softly, “Amma, can I have some money?”

“Whatever for?” snapped her mother.

“I want to have my fortune told. Sheela says the parrot knows everything.”

“You know I have no money to spare, Ponni. We are just able to manage one meal a day. When you grow up and start working like me as a coolie we can have two meals a day.”

“Forget about school, my child. Get going and sweep the floor.”

The next day Ponni sat under the peepul tree, as usual. Sheela came running to her, and said, “Ponni, you know what the fortune-teller told me? I’ll study well and am going to be rich. I gave him 50 paise.”

“What did the parrot do?” asked Ponni.

“The old man took a bundle of colored cards from the basket and spread them on his mat. The parrot picked a pink card for me. The man read the card.”

“Really ” before Ponni could say anything more, Sheela had pranced off.

That night was hot and stuffy. Ponni lay awake and restless, beside her mother.

“Sheela got a pink card. It said she would study well and be a rich woman. I want the pink card too. Please give me 50 paise.”

“Shut up, Ponni. Don’t pester me for money, again and again.”

“Amma, when will I go to school, like Sheela?”

The next day, the children were in school and all was quiet. Ponni turned to see what the parrot was doing. The old man was wiping the dust off his spectacles. He had the cage beside him. Ponni got up, walked up to him, and asked softly, “Will you tell me my fortune?”

The man put on his specs and looked up. His face was wrinkled and his voice gruff.

Ponni shook her head, “I don’t have any money.”

“What?” asked the man raising his voice. “You think I run a free service? I have to earn a living and feed the parrot too. Go away and don’t come here without money.”

Ponni went back to her place feeling sad.

It was a hot afternoon. Ponni was thirsty. She sat watching the parrot. It kept fluttering its wings as it hopped about in the cage. Ponni quietly tiptoed to the cage and peered in. There were a few pieces of fruit and red chilies and a small water bowl. It was dry.

The old man was fast asleep on the mat. He was snoring.

“Wait, little bird,” she whispered. “There is a tap across the road. I’ll run across and get you some water.” As she stood up to go, she heard a ‘click,’ and turned around. The parrot’s flapping wings had hit the small bolt holding the cage door. The bolt slipped and the door flew open. The parrot was free to fly out. “Wake up old man,” Ponni shouted a warning. The man continued to snore.

“Your parrot is about to escape, wake up,” Ponni called out again. But the man was fast asleep.

The parrot flew off. It went straight to the top and perched on it. Bending down, it began to drink the dripping drops of water. Ponni was happy the parrot had got what it wanted.

“Oh, no!” she exclaimed because she saw a big black cat. It was crouching a few feet away from the tap and was ready to pounce on the parrot.

“Don’t disturb me, you naughty girl. I told you I want 50 paise before I can do anything for you.” He turned around and went to sleep again.

Ponni looked about. There was nobody around whom she could call to help her catch the parrot. Only a car was parked in front of the school gate.

Ponni decided to go to the parrot’s rescue herself. Hitching up her skirt, she sprinted across the road. With one quick movement, she caught the bird. Chest heaving, she held the parrot close to her heart, her eyes closed in relief. Then she turned around and ran back to the shade of the peepul tree.

“Old man, here is your parrot. Take him,” she shouted in his ears. He opened his eyes, blinking.

“I told you not to disturb me. Why are you screaming?” he growled. He stretched his arms and yawned. Then he put on his specs and glared at Ponni.

“You naughty girl, what are you doing with my parrot? You want to steal the bird?” he asked her rudely.

Tears welled up in Ponni’s eyes.

“Leave my bird alone and go back to your place,” he shouted and snatched the parrot from her.

Ponni burst into tears. She ran back to her place, wiping her tears with the skirt.

Ponni looked up and saw a stranger standing before her.

“She stole my parrot,” said the old man, getting up to put the parrot back in its a cage.

“I did not steal his parrot,” Ponni wept aloud. “I only tried to save it.”

“Save it, bah!” growled the old man. “This girl has no money. Her mother won’t give her any. She is only a coolie. This girl is trying to steal my parrot and sell it.”

“I saw this girl saving your parrot. I came to school to take my daughter home.”

Just then, the school bell rang and the children came pouring out.

“Daddy, this is Ponni 1 was talking to you about yesterday.”

“Really! She is such a nice girl. But for her, a cat would have gobbled up this fellow’s parrot.”

“Tell me all about it,” cried Sheela, catching hold of Ponni’s hands.

“Ponni, come let’s go home.” They turned round to see Ponni’s mother coming towards them. Wiping beads of perspiration off her face with her sari, she looked at Ponni and at Sheela. Her gaze rested on Sheela’s father.

“Ponni is a good girl,” he told her. “My daughter likes her very much.” He paused and continued, “I would like her to go to a school.”

“I know, I know. But that shouldn’t worry you. I’ll meet all the expenses. She can go to school with Sheela.”

“Oh, Sir,” was all the woman could say. She was so overwhelmed that tears of joy ran down her dusty face.

The old man edged close to Ponni. “Do you want the parrot to pick a card for. you?” he asked hoarsely, removing his spectacles and wiping them.

Ponni rushed towards the cage. Even before the old man could spread the cards fully on the mat, the parrot picked a card with its beak for Ponni. It was a pink card!

Ponni jumped with joy. “Thank you, old man, thank you, parrot dear,” she burst out and turned to go home with her mother.

Read Next Story All Because Of My Hair 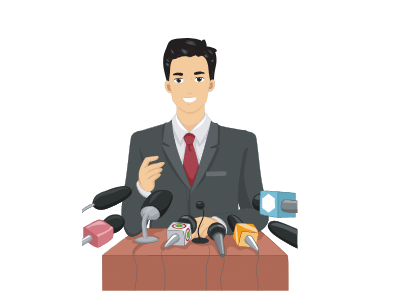 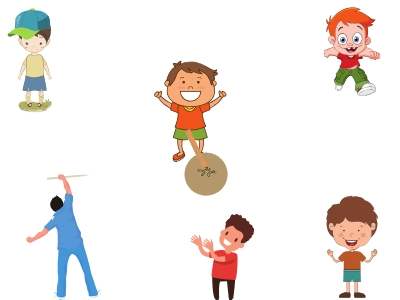 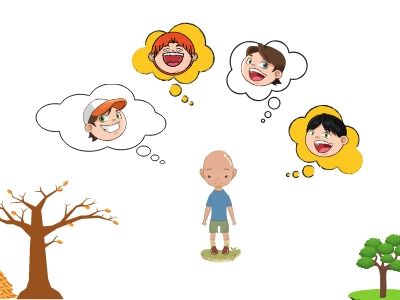 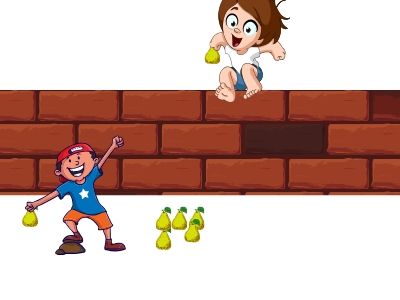