The Great Mouse Detective story is a very funny and interesting bedtime story for the little pupils. This story about one great detective mouse Basil. Basil solves one case and finds one baby mouse.

It was Olivia Faversham’s birthday and she was celebrating with her father in his toy shop. “You know, Daddy, this is my very best birthday!” the young mouse said.

“But I haven’t given you your present yet,” her father replied. “Close your eyes.”

Mr. Flaversham placed a beautiful ballerina doll on the table. It played music and began to dance around. Olivia’s eyes fluttered open.

“Oh. Daddy!” she cried. “You made this just for me? You’re the most wonderful father in the whole world!”

Suddenly, there was a loud knock on the door. It was awfully late, and Mr. Flaversham felt uneasy. Opening a cabinet door, he whispered to Olivia, “Quickly, dear. Stay in here and don’t come out.”

While she was inside, Olivia peeked out and saw a scary, one-legged bat. Soon she heard a big commotion and ran out of the cabinet. “Daddy! Daddy! Where are you?”

But Olivia’s father was already gone. He’d been kidnapped!

Meanwhile, Dr. David Q. Dawson had just London for the celebration of Queen Moustoria’s sixtieth year on the throne. He was wandering through the streets looking for a room to rent when he heard someone weeping He followed the sound and found a young mouse in tears. It was Olivia!

“Are you all right, my dear?” asked Dawson. “Come, come dry your eyes.” He handed her a handkerchief.

“I’m trying to find Basil of Biker Street, she explained. She handed him a newspaper article about Basil, the great mouse detective.

“I don’t know any Basil,” said Dawson, ” but I do know where Baker Street is.,

Olivia looks at him with hopeful eyes.

“Come with me,” said Dawson . “We’ll find this Basil chap together.”

The two mice soon found the home of Basil of Baker See and explained that Olivia needed help finding her father.

But the detective wasn’t interested. ” I simply have no time for lost fathers,” he said. “I didn’t lose him,” said Olivia. “He was taken by a bat!”

That got Basil’s attention. He knew that the bat, named Fidget, was employed by his archenemy, Professor Ratigan! He explained how evil Ratigan was.

Dawson’s eyebrows rose. “As bad as all that, eh?”

“Worse!” insisted Basil” For years, I’ve tried to capture him. andere come dose but each time, he’s narrowly evaded my grass who know that dastardly scheme that villain may he plotting even as we speak?”

Olivia was thrilled the great mouse detective was on these! Hopefully, she’d see her father again soon.

Later that evening Basil paced back and forth. “Ratigan’s up to something. The question is: what would he want with a toymaker?”

Just then, Olivia screamed! Fidget had appeared in the window Basil and Dawson raced outside, but the hat was gone.

Luckily, the mice found his har lying in the street. It was just the clue they needed.

“Now, Toby. I want you to find this fiend!” the detective told him.

Always happy to help, Toby sniffed the hat and set out in pursuit, carrying the mice through the streets of London.

Toby came to a stop in front of a toy shop. ” Splendid job!” Basil told the dog.

The shop was dark and quiet. Inside were human-sized dolls, games, and toys. Basil noticed that mechanical parts were missing from many of the toys. What had Fidget been up to? And what kind of evil scheme was Ratigan plotting?

Olivia wandered over to a pretty doll cradle. Curious, she peeked inside Suddenly. Fidget jumped out at her. He stuffed her into a bag and flew toward an open skylight. Basil chased him, even climbing up a tower of toys, but he couldn’t catch the bat. Fidget escaped with Olivia!

The situation looked grim. Now Basil and Damon had to save Olivia and her father! Unfortunately, they had no idea where Ratigan’s hideout was located.

Basil paced around the toy shop, thinking hard. Then Dawson showed him a piece of paper that Fidget had left behind. The detective beamed. “Dawson, you’ve done it! This list is precisely what we need!”

Dawson looked at him, thoroughly confused. Back at his house, Basil lid several experiments on the note. He mixed some chemicals and looked at the note under his microscope.

“Aha!” Basil cried. He explained that the paper had traces of saltwater and coal dust on it. “Saltwater? Great Scott exclaimed Dawson.

“It proves beyond a doubt this list came from the riverfront area” Basil declared. They decided to head down there.

Dressed in sailor disguises, Basil and Dawson made their way to the riverfront.

“Perfectly foolish !” replied Dawson. “Dawson, stay close, and do as I do,” Basil told him.

Before long, Basil spotted the fidget. “Come on!” cried Basil. “There’s not a moment to lose!”

Quickly, Basil and Duxson followed the bat through a maze of drainage pipes. He led them all the way to Ratigan’s secret lair.

“Surprise!” yelled Ratigun and his men.

Basil had walked right into u trap! He and Dawson were surrounded. There was no way out. Even worse. Ratigan wanted them dead and had set up an elaborate contraption to make sure they didn’t make it out alive.

Ratigan tied Basil and Dawson to a mousetrap. All around them, deadly weapons were rigged to a record player. When the record stopped playing, a rolling ball would cause the mousetrap ta spring and set the weapons into motion.

“It was my fond hope to stay and witness your final scene,” said Ratigan, “but you were fifteen minutes late, and I do have an important engagement at Buckingham Palace.”

“Your friend!” Dawson cried. Ratigan left quickly. He was sure the mice would never escape.

Basil began to think hard. He calculated the angles and the timing of the trip and came up with a brilliant idea. They would set off the mousetrap early, which would disrupt the flow of the ball and keep everything else from working properly.

“Ready… steady… now!” yelled Basil to Dawson. The trap went off, and Basil and Dawson escaped!

Without a moment to lose, Basil and Dawson found Olivia and raced to Buckingham Palace. There they discovered what Ratigan was up to: he had kidnapped Olivia’s father and forced him to build a robot replica of the queen. Once the robot was completed, Ratigan had captured the real queen. He had just replaced Queen Moustoria with the robot.

A huge crowd was listening to the robot queen. “We are gathered here not only to commemorate my sixty years as the queen but to honor one of truly noble stature … my new royal consort, Professor Ratigan,” it said.

The crowd gasped in horror. Offstage. Basil and Dawson fought with Ratigan’s thugs. Finally, they took control of the robot queen. Basil jammed the controls and caused the robot to malfunction. Ratigan’s plan was foiled!

Basil rushed onstage and yelled, “Arrest that fiend!” After a chase through London, Ratigan was defeated. Best of all, Olivia and her father were reunited. The great mouse detective had saved the day once again!

Read Next Story Story of the Phoenix and Fool – Tale

The Great Mouse Detective story is a very interesting story for kids. I hope your children very enjoy this funny and great story. If you want to tell more marvelous and moral stories to your kid then check the website of Amazing Story Home Page. 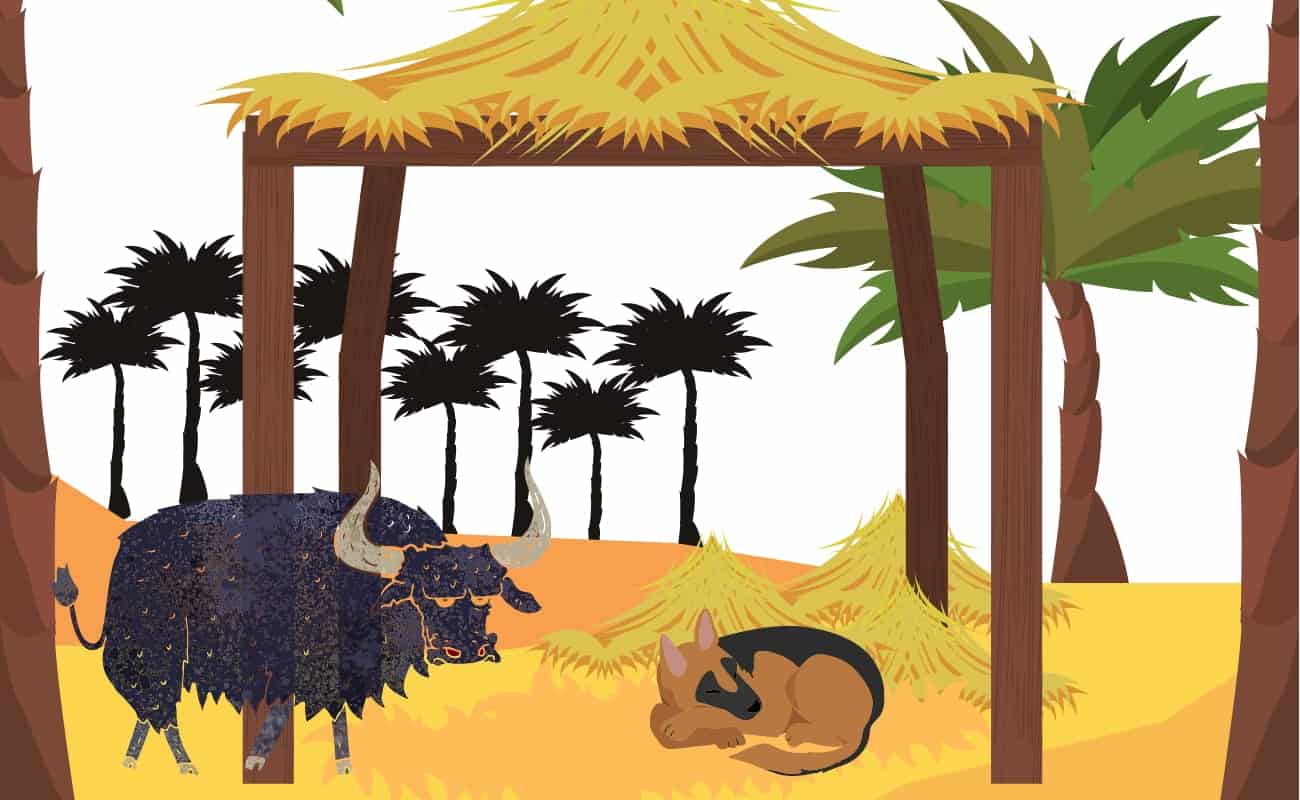 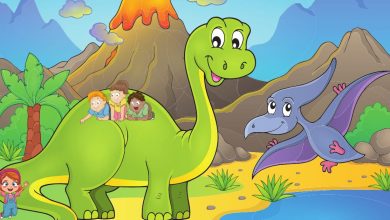 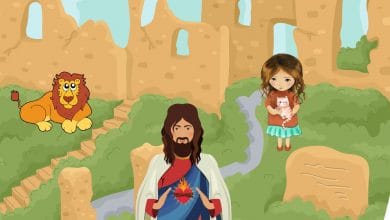 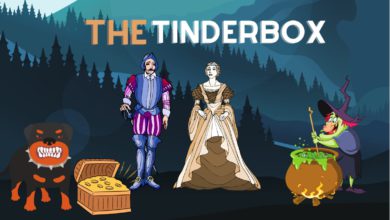