In the story, The farmer and Bull there was a very big black bull called Delightful. Who lives on Farmer Bruni’s farm. Delightful was very grateful to the farmer who, despite not being very rich, took great care of him and all the other animals, and treated them with love and kindness. The grateful bull decided he wanted to do something to thank Farmer Bruni. Would you like to know what it was? Let’s see if we can find out!

Now… one evening, when Delightful was standing in his barn munching on some fresh hay after a long day working in the fields, he was struck with an idea of how he could repay the farmer. He did some of his best thinking when he was eating his hay at the end of the day. ” I’m the strongest bull on the farm. So perhaps could use my strength to help Farmer Bruni? We could hold a contest against Farmer Chang’s bull, Amos. “

So, the next morning as Delightful was trotting out to the fields to work, he said to the farmer, “You are always so kind to me, and I’ve been thinking of a way to repay you. I’d like to challenge our wealthy neighbor’s strongest bull to a tug-of-war contest. And we could have a prize for the winner. I’m sure I could win it for you.”

Farmer Bruni thought that this was a wonderful idea, especially as he might make some money from his rich neighbor. So that afternoon he went to visit Farmer Chang, on the nearby farm.

“Good day. Farmer Chang,” he said. “As there’s not much work to do in the fields at the moment, I have an idea to liven things up.” And he suggested the contest.

“What a splendid idea,” said his neighbor, “A tug-of-war between our strongest bulls would be very entertaining . But we’ll need a good prize to make it worthwhile,” said greedy Farmer Chang, as he imagined Amos beating Delightful. “I know. Whoever loses has to give a hundred gold pieces to the winner.” And although a hundred gold pieces was a lot of money to Farmer Bruni, he was so sure that Delightful would win that he agreed to the prize.

News of the contest spread far and wide, and many local farmers gathered to watch. The two big bulls, Delightful and Amos, stood in the middle of a field with a rope stretched between them, tied to their harnesses. Farmer Bruni held his arm in the air and said to the bulls. “When I lower my arm on the count of three, I want you both to pull as hard as you can.”

“One, two, three, go!” he cried, and the bulls immediately began to pull. They pulled the rope taut and heaved and strained. But neither of the bulls seemed to be able to tug the other more than a little way.

After a couple of minutes, Farmer Bruni thought to himself, “Delightful should be winning by now,” and he began to worry that his bull was going to lose. Panicking, he picked up a stick from the ground and hit Delightful on his back. “Pull harder, you lazy bull,” he shouted, “Put your back into it or you’ll lose!”

Delightful was so shocked and upset by the farmer’s words and actions that he just stopped pulling and didn’t try at all. “This was my idea to help the farmer,” he thought, “I’ve never done anything bad to him, so why is he hitting and insulting me?”

Seeing his chance, the other bull pulled and pulled, and Delightful was dragged forward until Amos had won. Farmer Chang cheered and patted his bull, while the disappointed Farmer Bruni counted out the hundred gold pieces of prize money. Then, he went over to Delightful and shouted, “You gave up! You didn’t even try, and now I’ve lost a hundred gold pieces! Are you trying to ruin me?”

Delightful shook his head and said sadly, ” But you called me lazy, and you beat me with a stick. What have I done to deserve such treatment? ” This question shocked Farmer Bruni, and when he thought about what he had said and done, he realized that he had wronged Delightful. He hung his head in shame and said, ” I’m so sorry. I panicked because I was frightened you would lose. ”

Delightful considered for a moment. He felt sorry for the farmer. “I understand. And I forgive you,” he said. “We can still win. Go to Farmer Chang and suggest another contest with a bigger prize of two hundred gold pieces. But you must promise to be kind to me.”

Full of admiration for Delightful’s compassion, Farmer Bruni arranged with greedy Farmer Chang to hold another tug-of-war. This time, Farmer Bruni really encouraged Delightful. He cheered him on, calling, “Come on Delightful ! You can do it, my strong, wise bull!” and he patted him on the back to show his affection and support.

Delightful pulled with all his might, moving backward step by step and groaning with the strain Slowly and gradually, he pulled the exhausted Amos over the line to win. Farmer Bruni jumped with joy and hugged his kind bull. “Thank you for doing this for me. I’m so proud of you!” he exclaimed while Farmer Chang stood frowning and looking shocked at having lost.

After Farmer Bruni had collected the prize money, the first thing he did was go and buy Delightful a cozy blanket to keep him warm at night. That evening they held a big party to celebrate their good fortune, and the farmer promised never to mistreat Delightful again.

End of story The Farmer and Bull

Hope you enjoyed this Grateful bull bedtime story. To read similar amazing Bedtime stories you can visit our home page. We write Fairy Tales, Disney Princess Stories, and more stories. In addition, we also make podcast. You can listen them by clicking on the one of the following link. 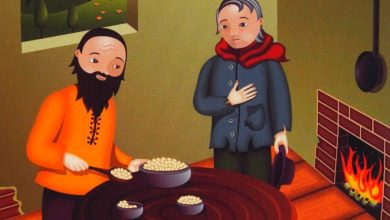 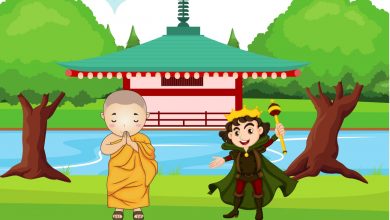 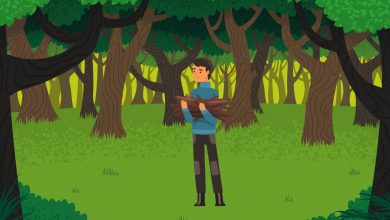 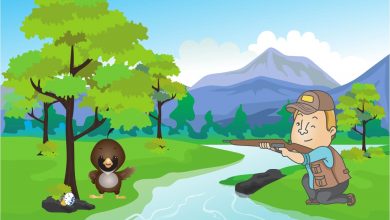